Out of the blue, you receive an odd text-message from an unknown number. This stranger urgently needs your help, claiming to be from the future. Whack job of course but why are you so hesitant to block the caller? What if…

A huge Sci-Fi fan myself, I was excited to have the chance to work on a futuristic interactive-fiction app. I’d played through some of the Fighting Fantasy choose-your-own-adventure books like House of Hell by Steve Jackson, and loved the weighty decisions, unknown outcomes, and replayability. 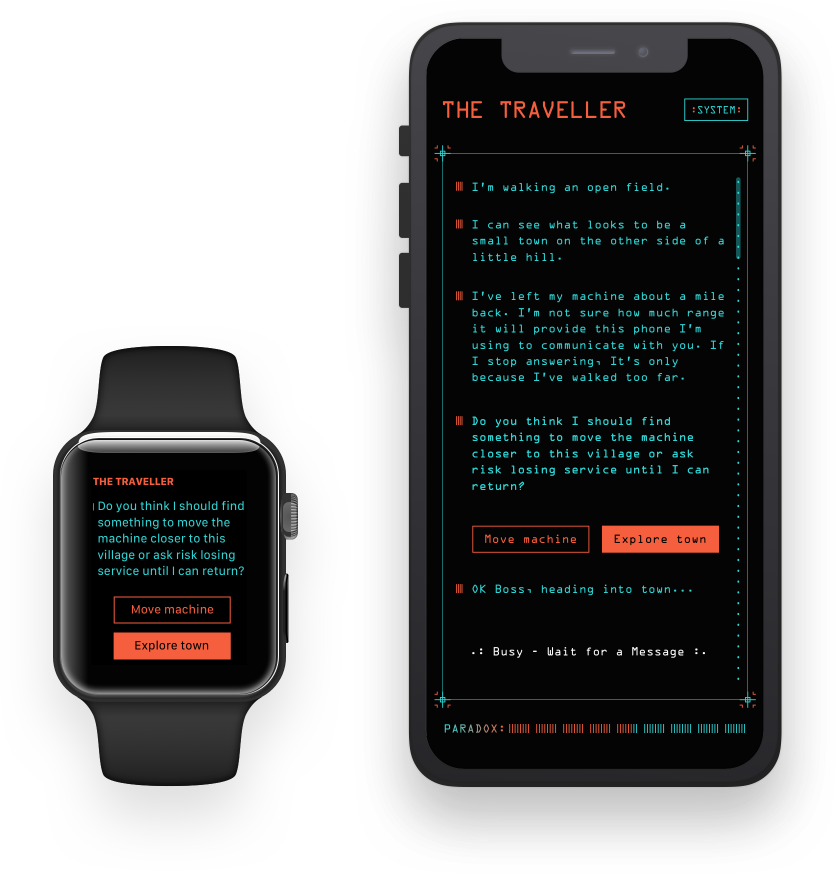 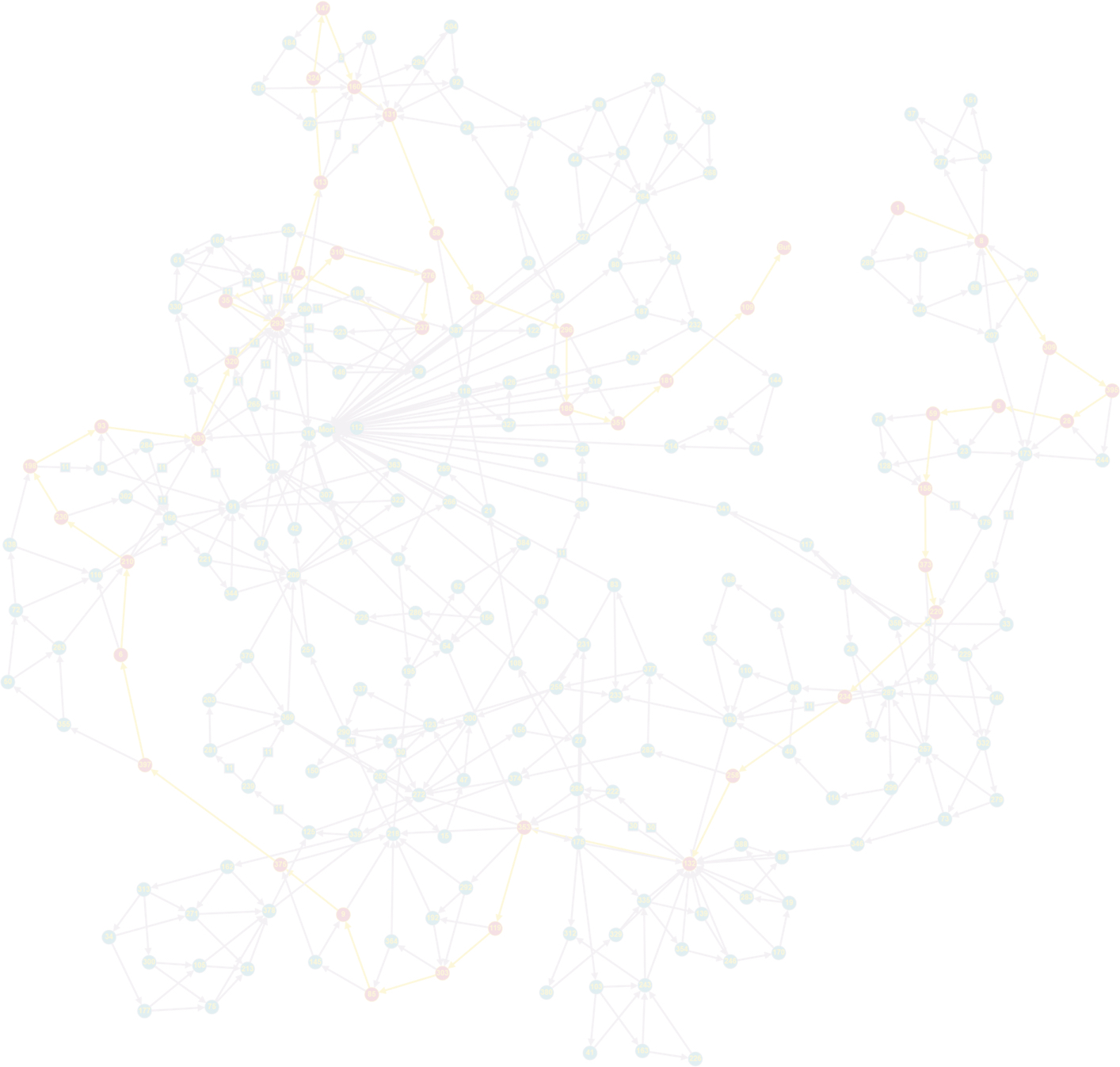 Inspiration
‍I wanted an old-school, low(er) tech approach as  the text should be the focal point and I always loved the look of the interfaces in movies like Blade Runner,  Star Wars, 2001 A Space Odyssey, Star Trek, Prometheus, Iron Man, Minority Report, and many more. 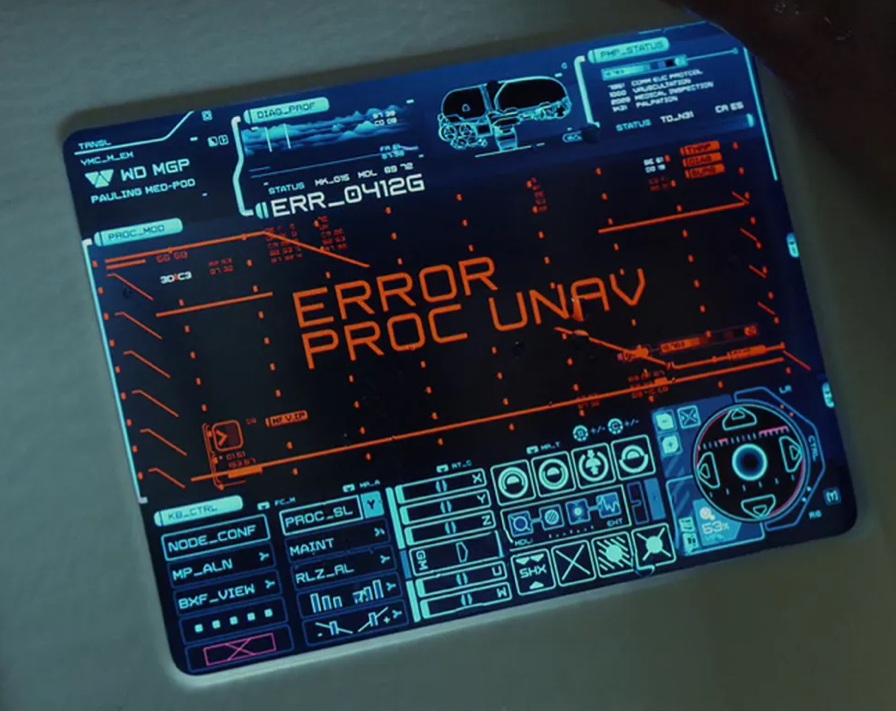 Interface from the movie Prometheus

Story
‍While not design-related, I was heavily involved in working with an author planning out backstory, and crafting the world our errant traveller comes from; highly enjoyable.

With a bunch of Sci-Fi interface research done, I experimented with different approaches, from the often angular interface elements, to colour schemes and layouts.
‍
For font choice, I wanted something that could have been used pre-GUI interface, a time before proportional fonts, something monospaced, maybe with a military feel. I ended up picking OCR-A, created in the 1960’s for computer optical character recognition; old school but looks good inside a Sci-Fi interface.
‍
Some  design experiments for a splash screen, the last being the final decision. I liked the imagery of travelling through time from node to node. 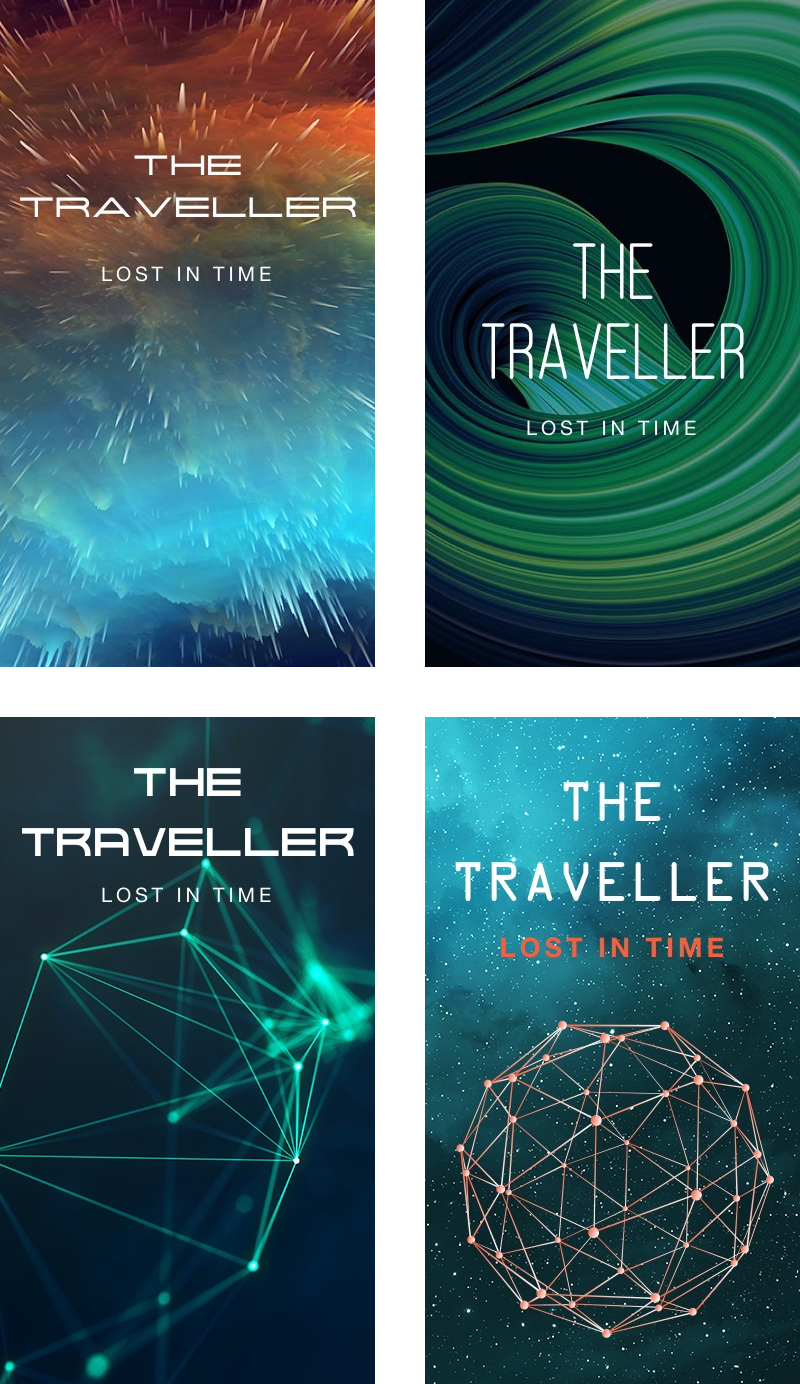 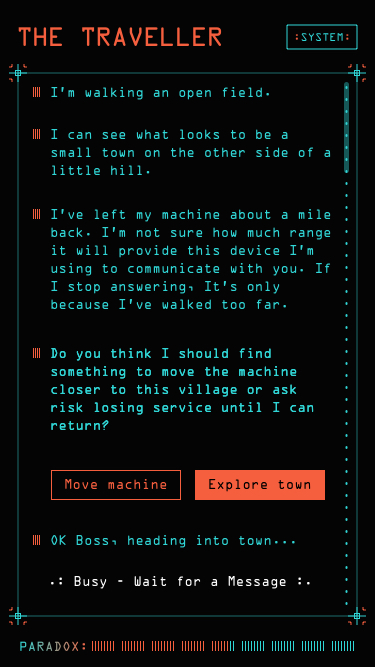 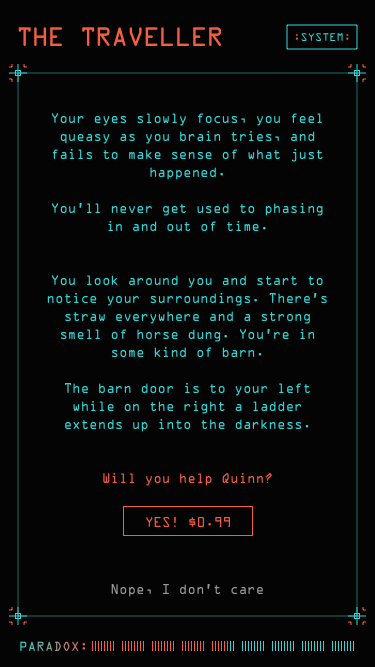 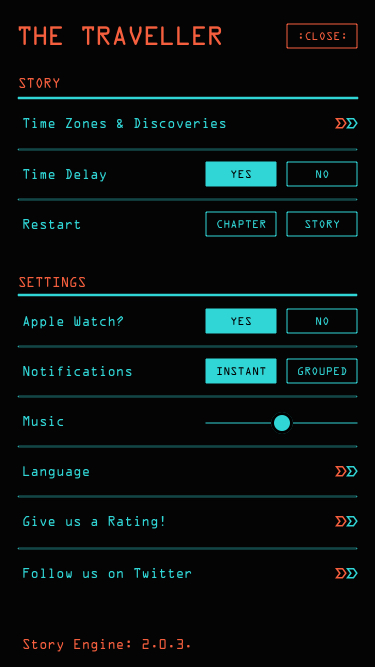 Current Status
This project was mothballed in favour of a far more ambitious app, Chat Candy.